Seeing the one that got away

I know I missed last week. Hopefully this'll make up for it. 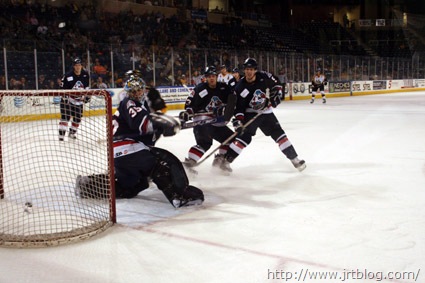 Charlotte Checkers' goalie Mike Ayers looks back at a puck that got past him and into the net during a game against the Texas Wildcatters on January 5, 2008. The Wildcatters went on to win the game 4-1.