Saying hey to the fans

Welcome to Friday Saturday Photo, a new feature where I share photos that I've taken with the world. 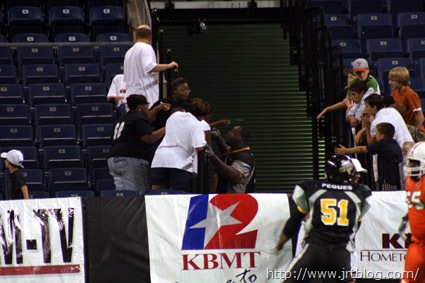 One of the Drillers players interacts with some fans during their game May 17th. The Drillers went on to defeat the replacement Port Arthur Hurricanes 75-0

The Drillers were playing an outdoor semi-pro team, the Port Arthur Hurricanes, after the team they were scheduled to play failed to make the trip.