Yes, it's another new feature here, loosely based on Friday Catblogging, which Laurence Simon oh so elaquently explains here. 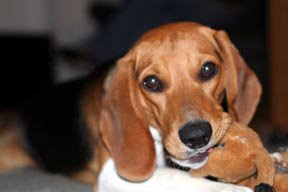 "Bear's too big for me to beat up, so I'm gonna take out my frustrations on this toy," said Bruiser. 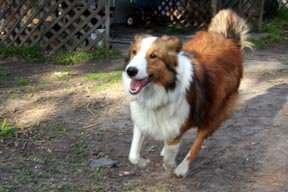 "He's smarter than I thought. Guess he realizes there's no way he'd ever catch me, much less beat me up!!!" Bear replied.

That's all for now.

P.S. My brother Jason took the pic of Bear, but since he used my camera I'm stealing it :)

Thought by Justin @ 11:30 PM
Email ThisBlogThis!Share to TwitterShare to FacebookShare to Pinterest
Filed under: Dogs