My sources have spoken again!!!

I just got an email from a connection I have in the Los Angeles area. He informed me that Xander Berkeley, who played George Mason in the first two seasons of 24, had a special suit tailored after the first weekends of the NCAA's to root for his new favorite team.

He also attached a photo, which is shown below. 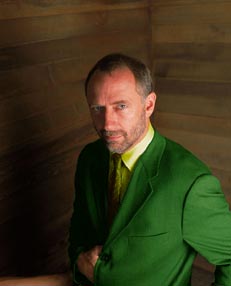 Wonder who he's rooting for...

DISCLAIMER: If you believe me, you're an idiot. The story was made up and the image was done in photoshop. Here's the original.

Thought by Justin @ 1:52 PM
Email ThisBlogThis!Share to TwitterShare to FacebookShare to Pinterest
Filed under: TV